Join Us in the Fight Against Human Trafficking

Convenience Stores Against Trafficking (CSAT), a program of the national nonprofit, IN OUR BACKYARD, empowers the convenience store industry to play a vital role in human trafficking awareness in local communities with a no-cost, easy-to-implement program. CSAT raises public awareness, safely reaches out to victims, and trains convenience store employees to recognize and report trafficking.

The Community Heroes human trafficking awareness training helps employees understand the indicators of human trafficking and proper response protocols, using a brief video and printed reference cards for in-store use. “Our hope is that an employee will trust their gut and make a phone call immediately after suspected traffickers and victims have left the store. That call can save a life and stop traffickers from exploiting more victims,” declares Program Director Juliana Williams.

CSAT reaches out to victims through Freedom Stickers, which contain a message of hope and the National Human Trafficking hotline – a non-governmental agency with local networks of victim-centered responders. CSAT posts Freedom Stickers in convenience store restrooms because that is the safest place for a victim of human trafficking to call or text the hotline and arrange a safety plan and connect to services.

CSAT has trained nearly 13,000 locations in more than 40 states.

Join the Movement for Free

Help us reach the goal of training all 154,958 c-stores across the nation! Convenience stores are turning the tables on human trafficking through Convenience Stores Against Trafficking. No longer will these criminals be able to hide their victims in plain sight because c-store employees are receiving training on what to look for and how to safely take action.

What Is Human Trafficking Awareness?

Human trafficking happens 365 days a year in every zip code in America. No community is immune. Human trafficking is the second largest and fastest growing crime in the world. Victims of human trafficking are denied the basic human rights of health, food, shelter, and safety. Traffickers use force, fraud, or coercion to profit off a victim’s labor or commercial sex act. Traffickers exploit people regardless of race, gender, citizenship, age, or socioeconomic status. They instill fear in their victims and a belief that no one cares or will help. 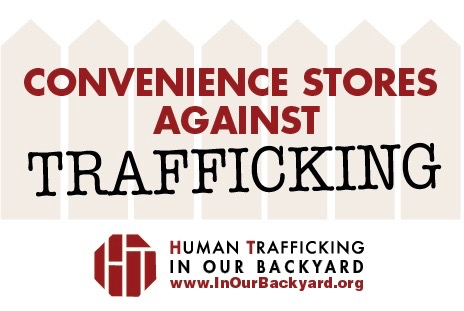 Human Trafficking In Our Backyard and In Our Convenience Stores 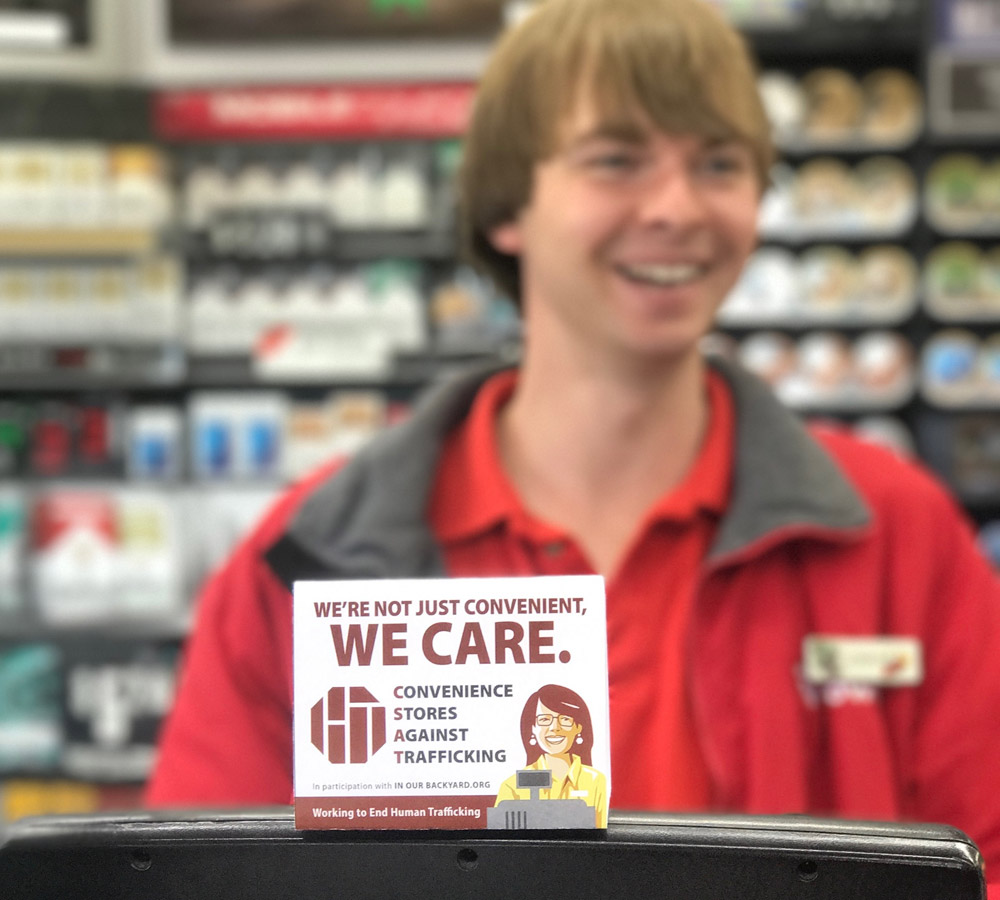 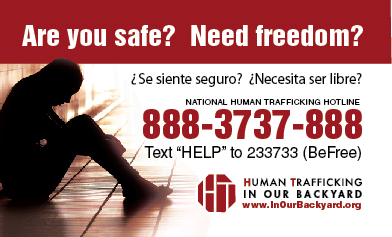 At 10:55pm, Sierra slipped discreetly out of the car and rushed into the convenience store while her driver was busy getting gas. She went straight for the cashier and gasped, “I need help! I’m being held against my will by that man outside…he already raped me and he says he’s going to kill me if I don’t have sex with the men he’s taking me to meet tonight!”

Would your employees know how to safely handle this situation? Would they realize that they may be encountering a victim of human trafficking? Victims are beaten, raped, and exploited every day and yet live in our neighborhoods and come into our stores unrecognized. They’re forced or tricked into their situation and there is no easy way out; especially when their trafficker threatens to kill them or their family if they tell.

For the first time in years, Brittany felt safe. The Women’s Home had slowly been helping her recover from the trauma she’d experienced as a victim of human trafficking. She wondered how much longer she would have been able to keep going if she hadn’t been able to get out when she did. That night she stopped to use the restroom at the convenience store will never be forgotten. She bent over to put her head in her hands and saw a small sticker on the stall door that gave her hope. She saw the National Human Trafficking Hotline number and knew if she didn’t call the number then, she might never have another chance to be free. Brittany knows that without that convenience store, she would still be living under the control of her trafficker.

Did you know that your extended hours of operation and public restrooms make your stores a safe place for a victim to reach out for help? CSAT engages c-stores to post Freedom Stickers in your restroom stalls, creating a pathway to freedom for victims like Brittany who are otherwise constantly controlled by their trafficker.

Jackson was just getting ready to go on his lunch break when he recognized a regular coming in and something in his gut told him to wait a minute. This man always had young women with him and Jackson never thought much of it until now. He thought back on the training he’d received the week prior and, after analyzing the situation further, he knew he needed to do something. He noticed a tattoo and several bruises on her. She wouldn’t look at him, even when he was ringing them up. Thinking harder, he realized that the same had been true of the other young women the man had brought into the store. Jackson put the pieces together, got his manager, and together they called the National Human Trafficking Hotline to leave a tip about a suspected trafficking case.

Convenience stores are turning the tables on human trafficking through CSAT. No longer will these criminals be able to hide their victims in plain sight because c-store employees are receiving training on what to look for and how to safely take action.

Join us, as a convenience store community, to stand up, speak out, and make a difference.

Ready Training Online, in partnership with In Our Backyard, offers the C-Stores Stop Human Trafficking training for free. Access your free training today.

Add Free Training to Your Network